A Practical Guide from Buttes Gas to Belhaj

Foreign act of state, the principle that a domestic court will not ‘sit in judgment’ over the acts of foreign countries, is coming under increasing scrutiny, as illustrated by the recent case of Belhaj v Straw (2017). This article traces the emergence of the principle out of traditional rules of private international law that, according to Belhaj, continue to constrain the doctrine. The essay provides a practical guide to the doctrine for use by other judges, who will usually come across act of state in the context of a motion to dismiss or to strike out pleadings. The author reviews five key cases which have considered whether a ‘unifying’ doctrine exists apart from choice of law rules of private international law; whether the principle is one of jurisdiction, non-justiciability, or something different; and the nature of the ‘public policy’ exception. She suggests that the ‘disaggregation’ of act of state into four ‘rules’ posited in Belhaj will remain the organizing framework of the doctrine in the medium term—despite Lord Sumption’s attempts to condense it into one or two rules. She suggests the Supreme Court is departing from the notion of act of state as a broad and inflexible principle of jurisdiction and from the notion that courts should use it in cases where requested by the government to avoid embarrassment to its foreign policy. The author disagrees with the observation, made in Yukos Capital SAR v Rosneft Oil Co (2012), that non-justiciability—the notion that certain issues are inappropriate for domestic courts to adjudicate—has ‘subsumed’ act of state. Rather, it is doubtful that non-justiciability should continue to be regarded as part of the law of act of state. Whether act of state is restricted to acts taking place within the territory of the foreign state, whether it applies to all types of whether it applies to lawful as well as unlawful executive actions, or to judicial acts, still remain uncertain. The greater significance of Belhaj is seen to lie in the Court’s adoption of the public policy exception to act of state in certain circumstances. Five of the seven judges agreed that UK courts should adapt to modern conditions in the form of rules of public policy that are ‘sufficiently fundamental’ to distinguish the conduct in question (in Belhaj, alleged complicity in acts of torture) from other violations of international conventions. 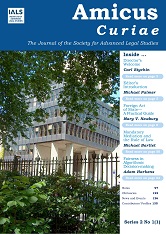